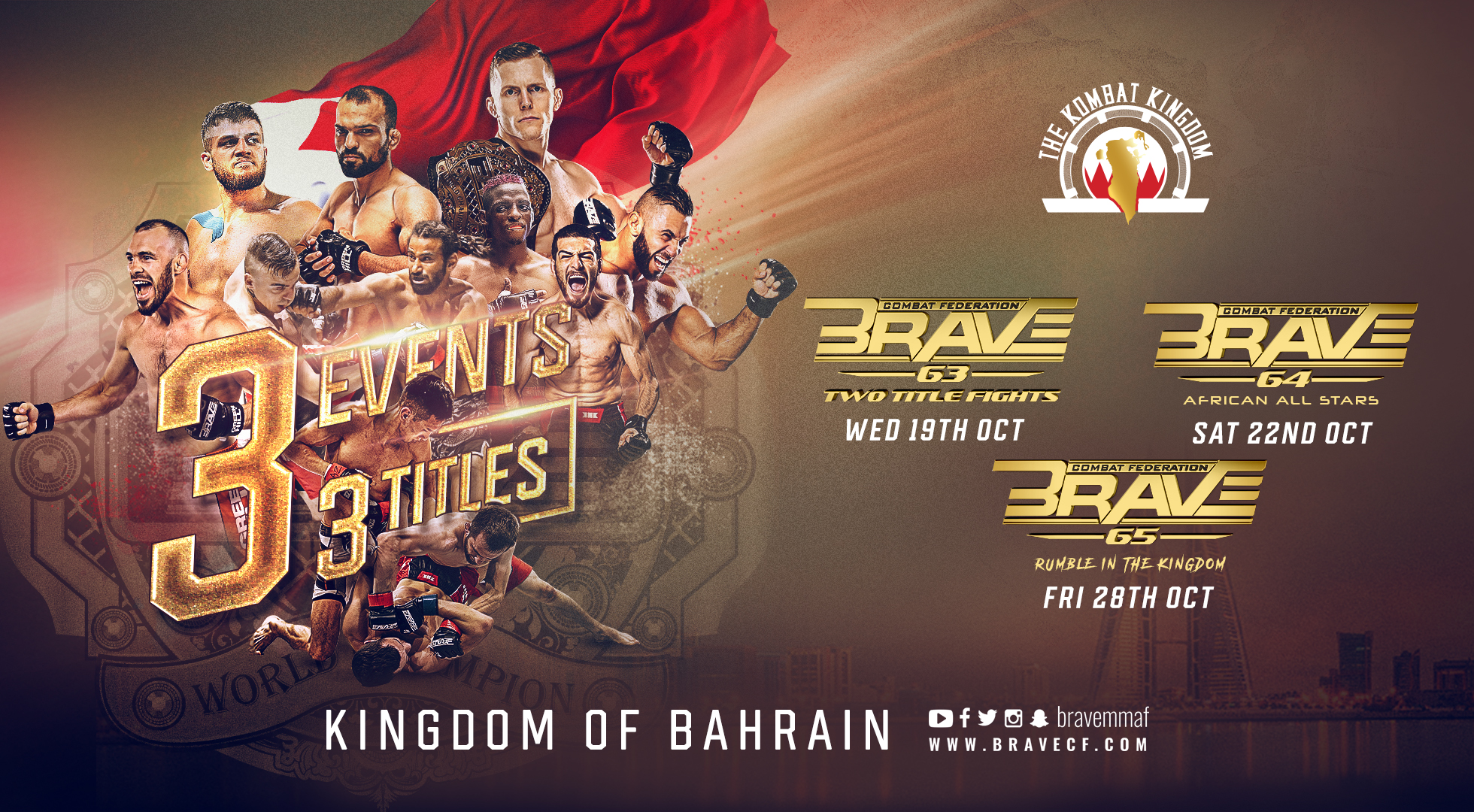 BRAVE Combat Federation has had a historical 2022 thus far, and it continues to build-up to an amazing third trimester as the fastest-growing MMA organization in the world has announced the return of the Kombat Kingdom series.

Between October 19th and October 28th, three special shows will take place in the Kingdom of Bahrain, with multiple title fights, dozens of bouts and world-class MMA action for the world to witness.

Having traveled to a record-breaking 28 countries in six years, BRAVE Combat Federation is set for a huge homecoming as the three events will rock the Kingdom of Bahrain sporting scene to the core.

Athletes from around the world are expected to descend upon Kombat Kingdom to see action, as BRAVE Combat Federation looks to build upon an already record-breaking year, with debuts in South Korea, Uzbekistan and Germany, as well as an announced return to Kazakhstan.

Watch: Sheamus is coming for Gunther at WWE Clash At The Castle