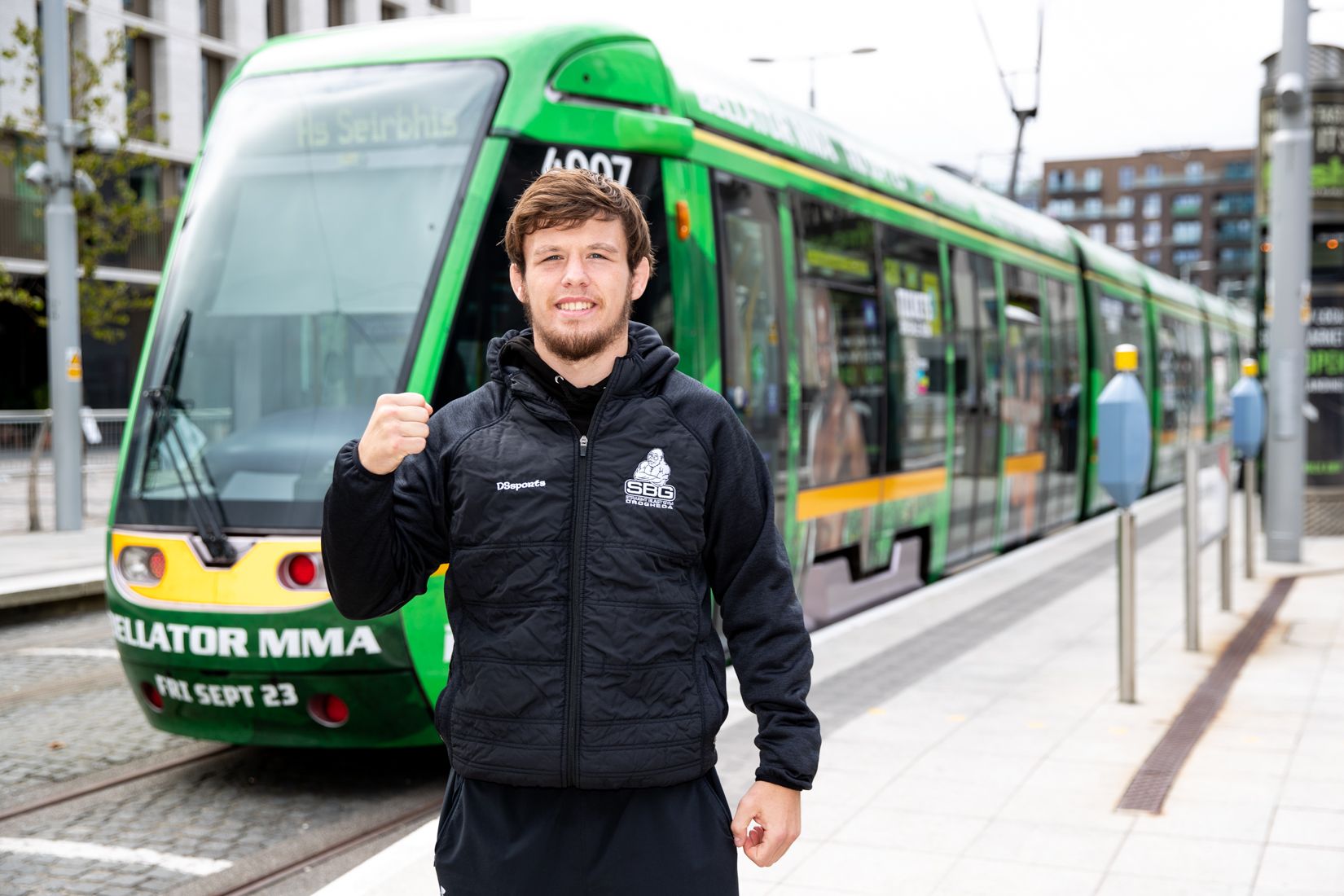 Checkout some fighters quotes from todays Bellator MMA Media day and also head on over to the SportsMatters YouTube channel for exclusive interviews and more.

“You’re going to get to this stage. He’s going to be coming in guns’ blazing, but I’m well-prepared. This camp’s been good. It’s been long. As soon as you find out, it’s in the back of your mind. It’s been good. It’s getting a lot more attention, so I’ve been looking forward to it… He’s kind of that straight Muay Thai style, straight jiu jitsu. I looked at his record and tried to find footage of his fight. I’ve done the IMMAFs, guys from Belarus who I’ve never seen fight before. I’m prepared to go anywhere.”

“He followed me around the last twelve weeks. It’s gonna be good. All the proceeds and money that’s made from it is going to a local charity house in Ireland called Save Our Sons and Daughters; it’s for mental health.”

“It’s a bit of a mad one. You’re visualizing all the scenarios that can happen with this opponent, and then bang, six days out, he pulls out. I couldn’t believe it. I was like, ‘What is he doing? The week of the fight?’ But I’ve put in training for this, so I’m prepared. I needed to fight. All the emotions are through my head. I didn’t care. I just wanted someone on Friday night. I’m here in BELLATOR now, so I’m just elated to have a fight… I was just happy to have an opponent.”

“I suppose if you look at my record, I stayed amateur for longer. This is my 30th fight now. I put it down to everything. I’ve done it all. I’ve fought the brawler, the grappler, the Brazilian, the Russian, the fella who’s 20 years older than me… those things get you ready for seeing your opponent at the hotel, so it’s great to have that experience.”

“It means a lot coming from John. John pointing to me out of them all… I feel like he’s always put me at the forefront of his mind. I say, ‘How can I thank you?’ He says, ‘Get the wins. That’s how you can thank me.'”

“I hate answering questions when it comes to the future because it’s out of my control. Just getting the win Friday, that’s what I’m focused on. It’s just all systems on. It’s go-time for Friday.”

“Because of what happened even in Ireland in generally, there’s two ways you could go growing up. I would think, ‘What happened? How was I strong enough?’ I didn’t have a different upbringing from some people. I want to help people. It’s a big thing for me. Having people saying that I’m a role model, it’s mad. That’s pressure, as well.”

“I just want to get comfortable in there. I want for that opponent to bring out the best of me. I’m really looking forward and really buzzing for this one. This is my opportunity on Friday to make my highlight tape. I just love the fighting part of it.”

“I’ve learned that I’m a lot tougher than I think. I’ve had a lot of ups and downs at amateur. You get to the age where things need to start happening. I always knew something good would come from this sport; I’ve put too much into this sport to not get something out. That’s the plan, to go in there and get the win.”

“It adds pressure, but I’m fully aware of how much it’s cost for them to get here. I want to go out here and put on a show for people.”

Watch: Sheamus is coming for Gunther at WWE Clash At The Castle